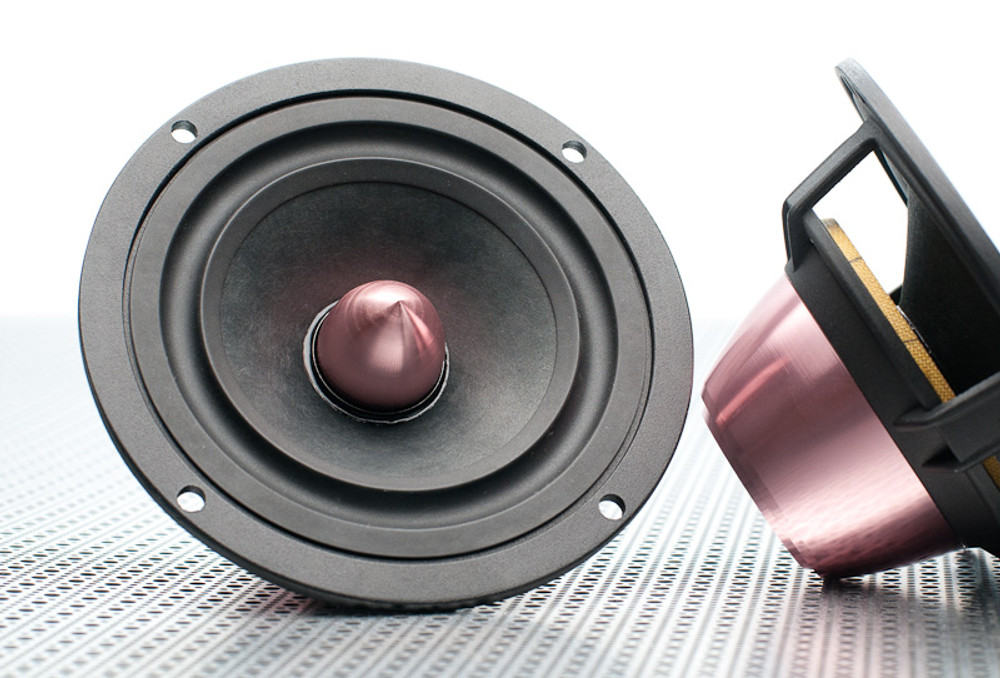 The Legatia L4SE is a 118mm (4.65-inch) wide-bandwidth midrange driver to compliment three-way system designs, or in two-way designs where the L4SE is earmarked as the full-range speaker (for midrange and treble duties without the use of a tweeter). The Legatia L4SE’s topology has been based off of the massively successful Stage III Legatia L4 transducer, which was first launched in July 2007 to an enthusiastic reception of car audio competitors, enthusiasts, and car audiophiles. In the years since its inception, the L4 midrange has been included in several International Auto Sound Challenge Association (IASCA®) national- and world-championship vehicles, and is eclipsed in sheer wins to date only by the Legatia L3, its smaller midrange sibling. When it came time to develop the SE series, the first product earmarked for production was the Legatia L6 SE midrange/midbass. In Spring 2009, the first prototypes were developed by company founder and lead designer Scott Buwalda, and the concept of a Special Edition series was born.