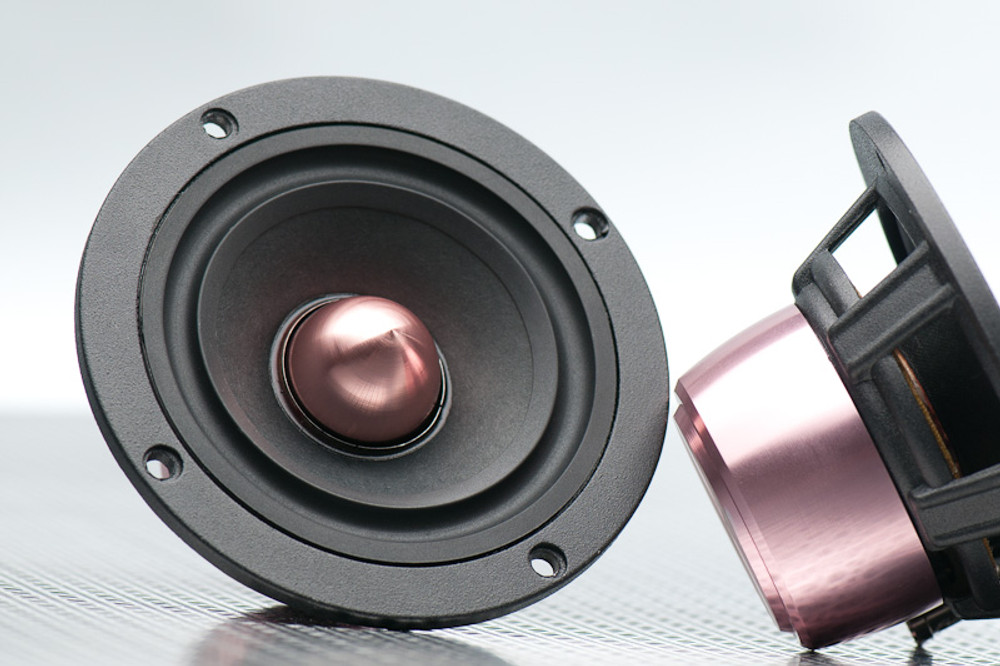 The Legatia L3SE is a 93mm (3.7-inch) “small format” wide-bandwidth midrange driver to compliment three-way system designs, or in two-way designs where the L3SE is earmarked as the full-range speaker (for midrange and treble duties without the use of a tweeter). The Legatia L3SE’s topology has been based off of the massively successful Stage III Legatia L3 transducer, which was first launched in April 2006 to an enthusiastic reception of car audio competitors, enthusiasts, and car audiophiles. In the years since its inception, the L3 midrange has been included in more International Auto Sound Challenge Association (IASCA®) national and worldchampionship vehicles than any other midrange in this period of time. When it came time to develop the SE series, the first product earmarked for production was the Legatia L6 SE midrange/midbass. In Spring 2009, the first prototypes were developed by company founder and lead designer Scott Buwalda, and the concept of an SE series was born.

Includes: One pair of L3SE speakers. Grilles are not included.

5 based on 4 reviews. Leave a Review.

Installed in the dashboard of my dodge ram to bring the soundstage higher up. Clean sound reproduction at any volume. Gives the impression you're front row at a live show

I was deciding between a three way or two way setup for the front stage of my Nissan Altima coupe. After speaking with Bob Morrow, I decided to go with the L6v2 and L3se, actively crossed over using a DSP. WOWWW!!! I heard that these drivers could play the full range of audible frequencies cleanly, but I never imagined it would sound like this. Very detailed, no excess coloration, just beautiful music. I decided to stay with this same setup after I sold the Altima and upgraded to the Cadillac CTS-V coupe. I even purchased another set of L3SE's to use for the center channel in my new setup as well. Absolute top of the line drivers. I refuse to put any other drivers in either my car or my wife's. Definitely hooked on HAT!! Thanks Scott , Bob, and the entire HAT team!

An amazing set of drivers from a great company. Their extended frequency range lets you play the whole vocal range through one component, eliminating crossover problems, alignment problems, lobing, etc. Overall the build quality is very high, but one of my drivers had a small issue with a wire terminal. Since I live in Georgia, 12vElectronics arranged for me to ship the driver directly to the Hybrid Audio headquarters. They sent a replacement driver to me via FedEx, and it arrived so quickly that I'm certain they turned it around the same day!